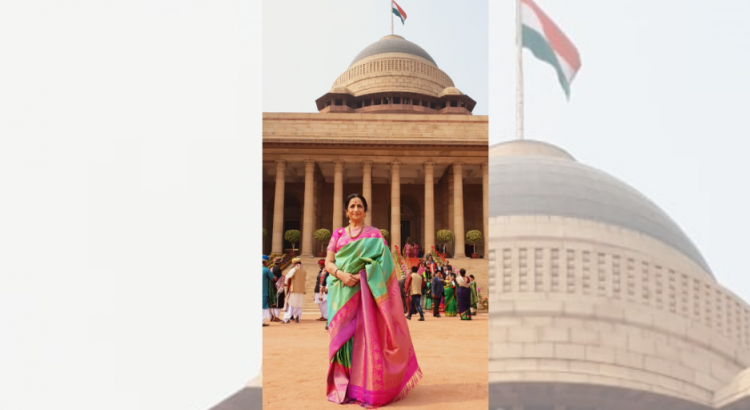 Happy Republic Day to everyone.
We are blessed to be born in this great country – a land of centuries of traditional values, knowledge, and sciences.

I was recently invited by the Governor of Tamil Nadu to participate in a function at Raj Bhavan where a statue of Netaji Subhash Chandra Bose was unveiled by our Honourable Vice President, Sri Venkaiah Naidu on the occasion of the birth anniversary of Netaji, on 23rd January.

Netaji was born into a well-to-do family. After completing college in Calcutta, he went to London to sit for ICS examination conducted by the British. Back in those days, it was considered the acme of achievement in a youth’s life, passing which you would become a Civil Servant of the British Government and with it came a lot of power and recognition.

But it so happened that soon after he came back to India, the Jallianwala Bagh massacre took place. That gory incident made Netaji realise that he doesn’t want to just look out for himself but devote his life for the greater good. He surrendered his ICS credentials to the British and became a freedom fighter. The rest is, of course, history.

He was a dreamer. He envisioned a free India. He envisioned an Indian Army. He was imprisoned, tortured and ill-treated but he managed to escape into exile and formed Indian Legion, an army of volunteers and attempted to take back parts of India. He succeeded to capture and hoist the Indian national flag in the Andaman Islands but unfortunately, couldn’t proceed beyond that due to the World War.

We still don’t know how his life ended but I think instead of focusing on that, we should focus on how he was a dreamer and an achiever. He not only dreamt the impossible, but he paved the way to make that impossible possible. His efforts along with the efforts of other leaders from all over India and thousands of our countrymen made the liberation of India in 1947 possible.

We salute our great leaders who lived and died for the benefit of the country and its people. We must remember them and their contributions forever.